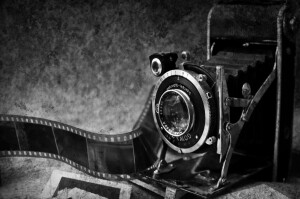 Jason was born in Virginia on March 19, 1966, the son of William Irvin and Laurie Chizanskos Eggleston. He graduated from Williamsburg Jr/Sr. High School in 1984 and later studied at Juniata College, where he met the love of his life, Terri Marie Talamini. They were married on August 12, 1989. In 1995, Jason and Terri moved to Maine with their two-year-old daughter, Alicia. In 1997, Jason and Terri welcomed their second daughter, Rachel, into the world. Jason, and his brother, Matt, owned and operated Fairbanks, Frost & Lowe Fine Jewelers and Goldsmiths in Freeport – a business they ran for fifteen years.      He was also a member of the Freeport Order of Free Masons Lodge #23AF/AM. Jason later spent eleven years working at TD Bank, where he was known by all for his positive demeanor and kindness. Jason was frequently the man behind the camera – he shared his gift of photography, a self-taught hobby, with many. His photography brought him to the finish line of Beach to Beacon, on the football fields of Boston College, Notre Dame, the New England Patriots, and to many, many Mt. Ararat High School sporting events. He was known for his humor and quips, his limitless pride in his daughters, and his constant and quiet acts of kindness.

Jason is survived by his wife, Terri, his daughter, Alicia, her fiancé, Nate; his daughter, Rachel; his niece, Paige; his aunt, Karen; his cousins, Laura, and Lisa; his parents in-law, George, and Kathy; and, his brother in-law, Thom.

A Celebration of Life short program and reception will be held at the Mt. Ararat High School basketball gymnasium on Saturday, December 11. The short program will begin at 2:30PM.

Arrangements are by Daigle Funeral Home, 819 High Street, Bath. Condolences may be made online at www.Daiglefuneralhome.com.

To send flowers to the family or plant a tree in memory of William Jason Eggleston, please visit our floral store.

A Memorial Tree was planted for William

Join in honoring their life - plant a memorial tree