Mayo, Curtis & Hill Funeral in Bath and Mayo Funeral Home in Wiscasset were purchased by Tim A. Daigle in 1992.  He has owned his family business for 16 years. 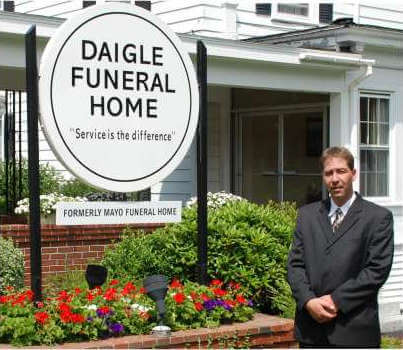